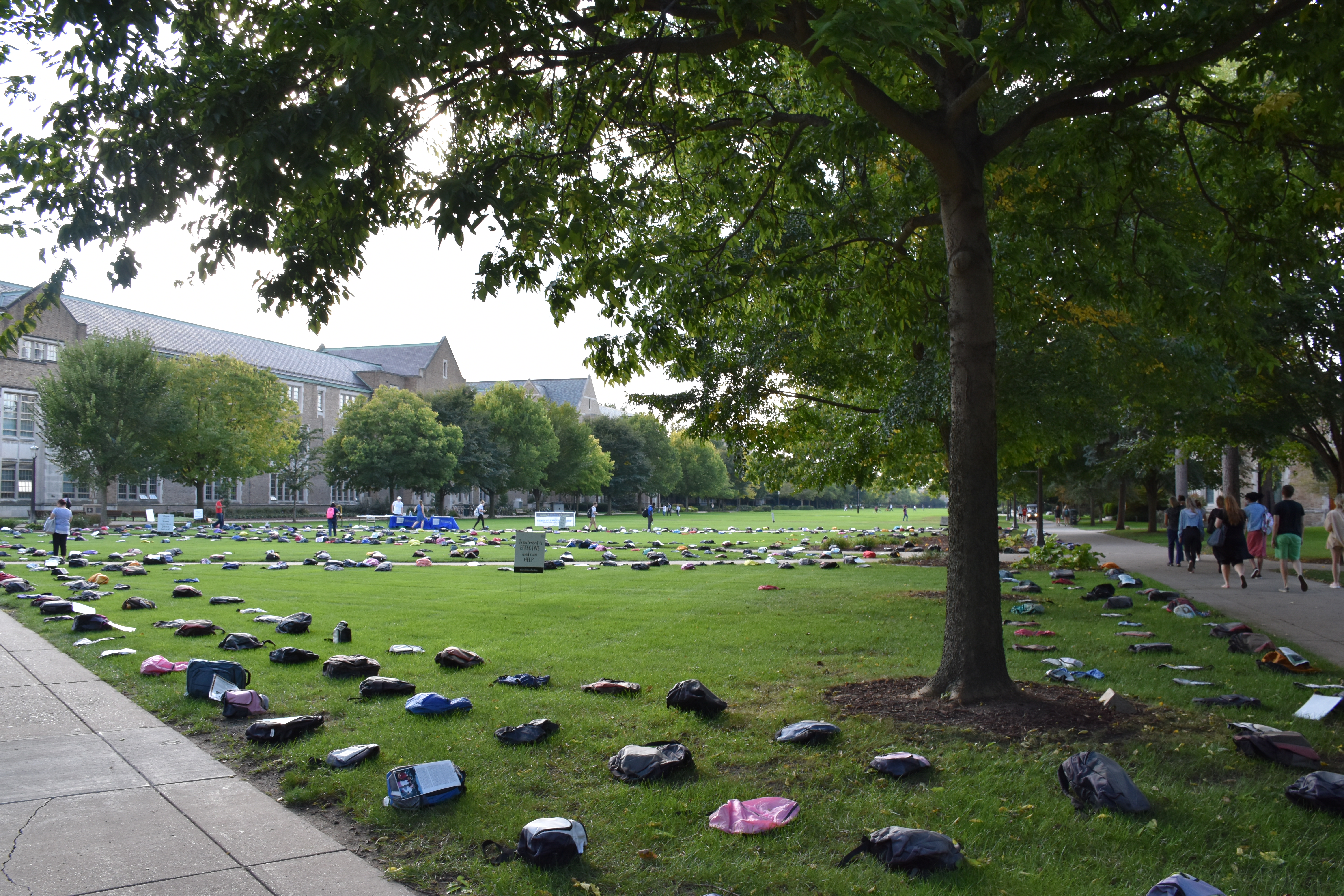 “Mental health has become the social justice issue of this next generation.”

The time to change the conversation about mental health is now.

That was the message from Alison Malmon, founder and executive director of Active Minds and the featured speaker at Oaklawn’s fifth annual Mental Illness Awareness Week luncheon on October 2 in South Bend.

“Mental health has become the social justice issue of this next generation,” she told the audience of about 250 donors and business leaders. “Let them shout it from the rooftops, even if it makes us (the older generation) uncomfortable.”

Malmon started the student organization when she was an undergrad at the University of Pennsylvania.

“I started it very selfishly,” she said. “I needed it.”

Alison lost her brother to suicide when she was a college freshman. Although he had received mental health treatment for about a year, Brian had struggled with symptoms of schizoaffective disorder for nearly four years before telling anyone. His symptoms included depression, withdrawal and even psychosis. Brian heard voices beginning his freshman year.

“Like many people with schizophrenia, none of his voices were dangerous,” Alison said. “One of them told him to pack up his dorm room and he did. He spent a few nights on the street. One of his voices told him to walk the steps of Low [Memorial Library], so he did, for hours.”

Despite his secret internal health struggle, Brian excelled in school. He had a 3.8 GPA, he was president of his a cappella group and an editor at the student newspaper. He also had the false impression that “he was the only one,” Alison said.

“Statistics tell us that 1 in 3 to 1 in 4 young adults struggle, yet he swore he was the only one.”

That was where Alison knew she could make a difference. She could get people – specifically students – talking about mental health. By sharing their stories and educating themselves and others on campus, students struggling with a mental health condition would be empowered to seek help and everyone else would be better equipped to offer support.

Fifteen years has passed since her first meeting. Active Minds has grown from a single chapter at the University of Pennsylvania to representation on more than 600 college campuses and programs that reach 600,000 people each year.

“We are changing lives. We’re changing behaviors,” Alison said. “We’re sharing the message that while suicide is the second leading cause of death among young adults, it is preventable.”