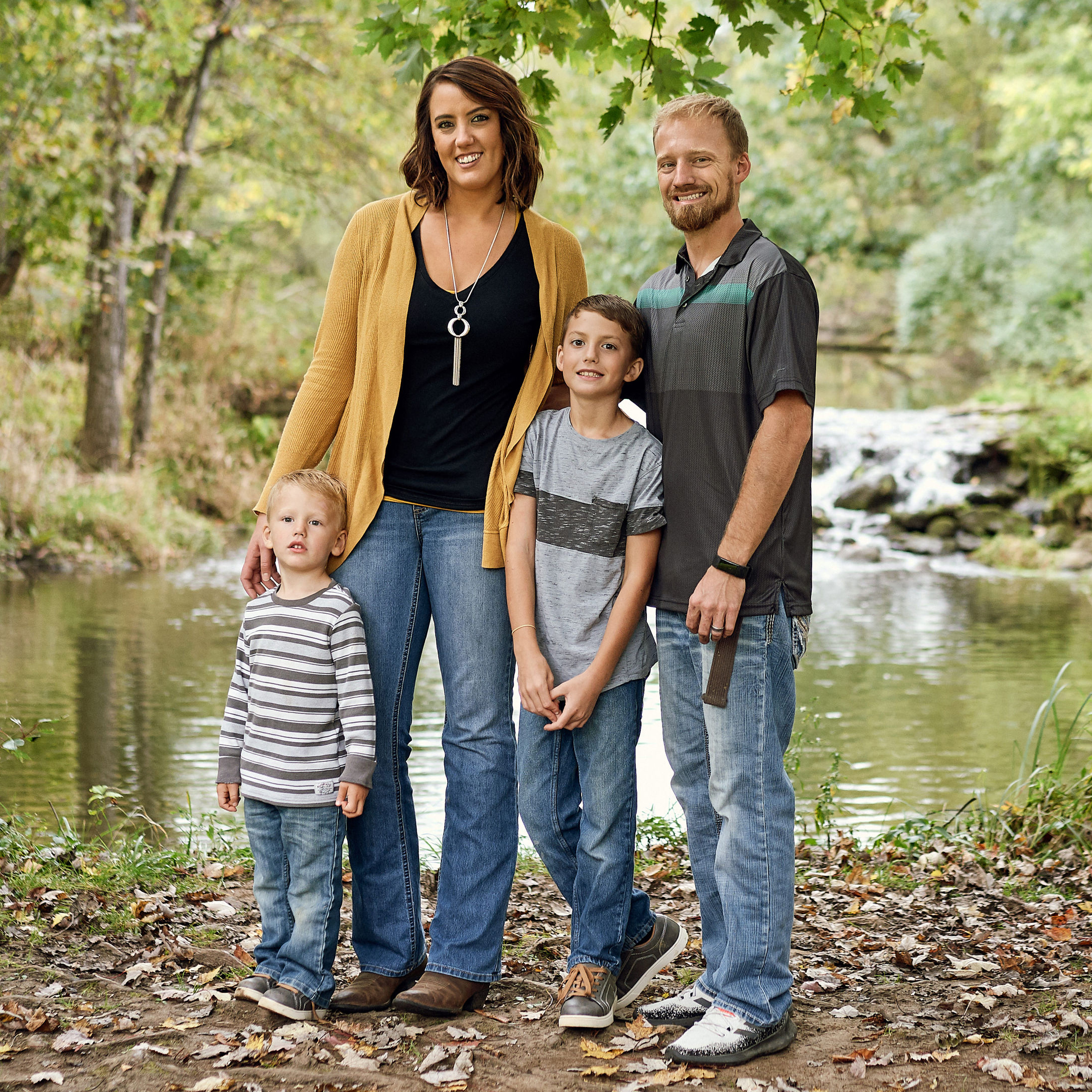 “We went from being in the dark to having an epiphany, and now there’s so many different tools we can use.”

Like all parents, Shawn and Ashley Hagelgans wanted the best for their son. But two years ago, they feared for his future.

He was getting in trouble in school, at home and at the Boys and Girls Club of Middlebury. If he didn’t change his behavior, he would eventually face legal consequences. He was only 8 years old, and they had been dealing with the issues for a year. Ashley pleaded for help for her son. The recommendation from both his principal and the director of the Club was Partnership for Children (PFC).

PFC identifies youth with behavioral health issues sooner, gets them help faster and avoids high-end services such as juvenile detention and hospitalization.

“We were hesitant at first,” Ashley said. The services offered through PFC are provided by staff from Oaklawn. “There’s always a stigma, and we didn’t want that stigma for our kid. But I didn’t want him going down the wrong path, so we agreed to enroll him into this program just to see if it would help.”

The family met with a skills trainer who worked with them to determine what topics he would cover in one-on-one skills training sessions with their son. One of the topics they chose was “Expressing Your Emotions.” Through the process, the Hagelgans learned their son had a lot of negative feelings he didn’t know how to express.

They worked on vocabulary and finding healthy ways to express his feelings. One of the things that worked for him was drawing.

“He started carrying around a drawing pad,” Ashley said. “Finding that outlet was huge for him. When he was mad or sad or had a feeling, he could sit down and write it out or draw it.”

The skills trainer worked with Ashley and Shawn, the school and the Club so everyone was working toward the same goals and reinforcing the same skills. They met about once per month, and the skills trainer met with the son twice per week at the Club, so the Hagelgans didn’t have to add those appointments to their already busy schedules. Overall, the Hagelgans worked with PFC for about eight months. After about six months, they realized how much of a difference it had made.

“It was like an epiphany,” Shawn said. “We went from being in the dark to having an epiphany, and now there’s so many different tools we can use.”

Shawn was very resistant to the program at first. The couple felt like using PFC meant they were failing as parents – that they should be able to handle their child’s problems themselves.

“There’s a point where you just have to take a leap of faith,” Ashley said. “We wanted to help our kid, and what we were doing wasn’t helping, so we needed to swallow our pride and ask for help and be open to that help. In the end, it was a truly life-saving program, not only for our son, but for us as a family.”