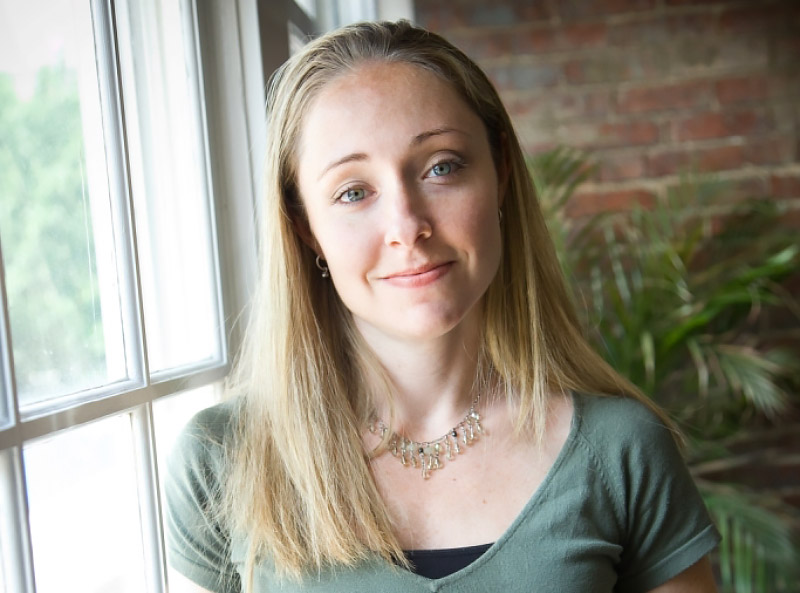 In the wake of her brother’s suicide, Alison Malmon found herself asking “what if?” What if he had sought help sooner? What if one of his friends would have reached out to him when they noticed a change in his behavior? What if he had known that mental illnesses are most commonly diagnosed in people his age?

Those what ifs started a movement that today reaches hundreds of thousands of people across the U.S.

Alison is the founder of Active Minds, the leading organization for mental health resources on college campuses, with 600 chapters and programs that reach 529,000 people. She will be the featured speaker at Oaklawn’s Mental Illness Awareness Week fundraiser and luncheon on Tuesday, October 2, at Palais Royale in South Bend. Sponsorship of this event will also bring Alison’s presentation to local high schools.

In 15 years, Active Minds has helped to change the conversation around mental illness. That was Alison’s hope all along.

Alison’s brother, Brian, had been a star student at Columbia University. He had a 3.8 GPA, made the dean’s list, served as president of his a cappella group and worked as the sports editor of his college newspaper. But during his senior year, his family learned that he had been experiencing psychosis and depression since his freshman year.

It’s commonly understood that the earlier you get treatment, the more likely you are to recover, said Alison. And although Brian received top-notch intensive treatment for more than a year once his mental illness was discovered, he eventually succumbed to his illness.

So he kept it hidden from the world. In the year after his death, Alison realized that if the roles were reversed, she would have done the same thing. She knew she had to do something, and she would start on her own campus, the University of Pennsylvania.

On the one-year anniversary of Brian’s death, she wrote to every major mental health organization asking what programs they had available on college campuses. She didn’t receive a single response.

“That was the confirmation for me that this was something I had to do,” she said. “I wasn’t finding anything because it wasn’t there.”

In 2003, exactly a year and a half after her brother had died by suicide, Alison held the first meeting of what was then called Open Minds. After graduation, she launched Active Minds as a non-profit. It has been her life’s work, and it has changed lives of innumerable students.

At the end of June, a study in conjunction with the RAND Corporation of 12 campuses in California demonstrated that students involved with Active Minds had decreased stigma and were more likely to report that they had reached out to a friend struggling with a mental health issue. Even the mere presence of an Active Minds chapter on campus had a positive effect on the climate toward mental illness on campus.

And the stories of students about Active Minds match that data.

“Active Minds has changed people’s lives in so many different ways, because they come to Active Minds for so many different reasons,” she said. “They’ve decided to go into psychiatry or mental health law; it’s really impacted a lot of our students’ professional plans, but a lot of students say that it literally saved their lives.”

Send Silence Packing is an incredibly moving art display of 1,000 backpacks, representing the 1,000 students who die each year by suicide. Many of the backpacks have been donated by families of someone who died by suicide, and most include a photo and story. When the backpacks are set out on display, it takes up about a third of a football field.

“We wanted to educate people who wouldn’t necessarily go to hear a speaker or attend a mental health training,” said Malmon. “We wanted something that represented students, and was both unavoidable and accessible to the general public. So when you host Send Silence Packing, you can’t not see it.”

Traveling with the display are volunteers who hand out information about “the role everybody can play in preventing suicide, the warning signs and how to reach out to somebody” you think might be struggling, said Malmon.