More than 50 years of compassionate care

Since 1962, Oaklawn has provided comprehensive mental health and addiction services for children, adolescents and adults. In that time, we have grown from a small organization in Elkhart to four campuses in Elkhart and St. Joseph counties and nearly 900 employees. Since 2006, Oaklawn has been under the direction of President and CEO Laurie N. Nafziger and Medical Director Daniel Kinsey, M.D. We offer a full range of mental health and addiction services and are continually adapting to meet the needs of our clients and communities. Oaklawn is sponsored by Mennonite Health Services, which is accountable to Mennonite Church USA, Mennonite Brethren and Brethren in Christ churches. 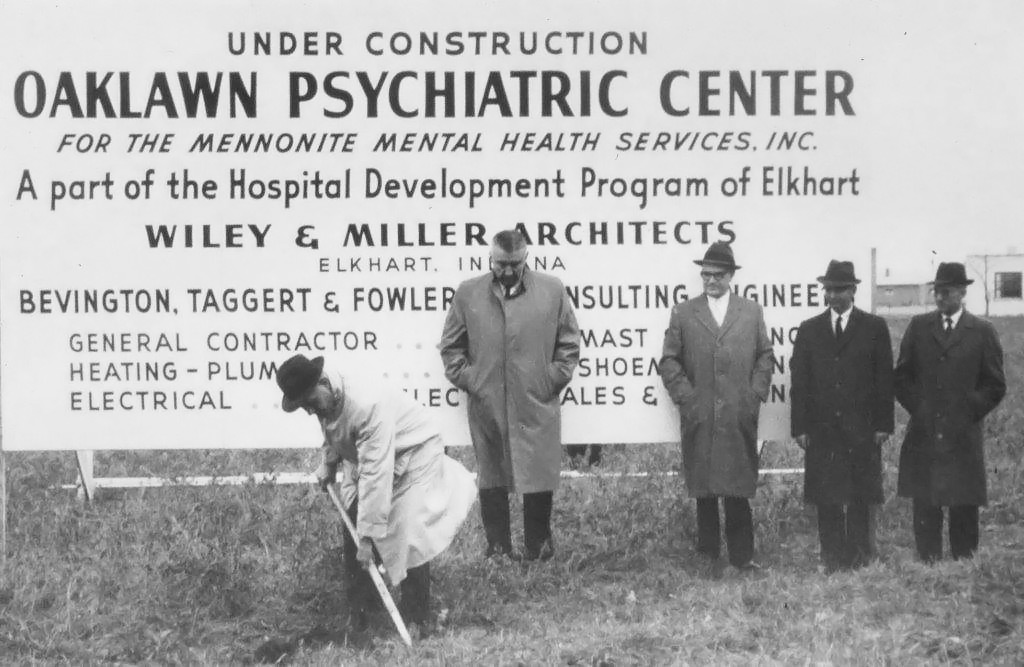 The Oaklawn Auxiliary and the Oaklawn Foundation for Mental Health were established. Volunteers and donors stepped up to support our services, and have become vitally important resources in fulfilling our mission and expanding care throughout our community.

Strategic planning and zoning began for Oaklawn Hospital, an inpatient facility built to help those who need more intensive services.

Oaklawn completes its first Capital Campaign, raising $3.75 million, resulting in the building of the Harold C. Loewen Education Center, an adolescent group home and an endowment of over $1.5 million.

The Children’s Campus in Mishawaka joined the Oaklawn organization. Now, Oaklawn’s residential program operates at the Mishawaka campus, providing intensive treatment programs for youth throughout the state of Indiana.

To learn more about the events preceding the opening of Oaklawn, and the Mennonite Church’s role in mental health care in North America, watch the video below.