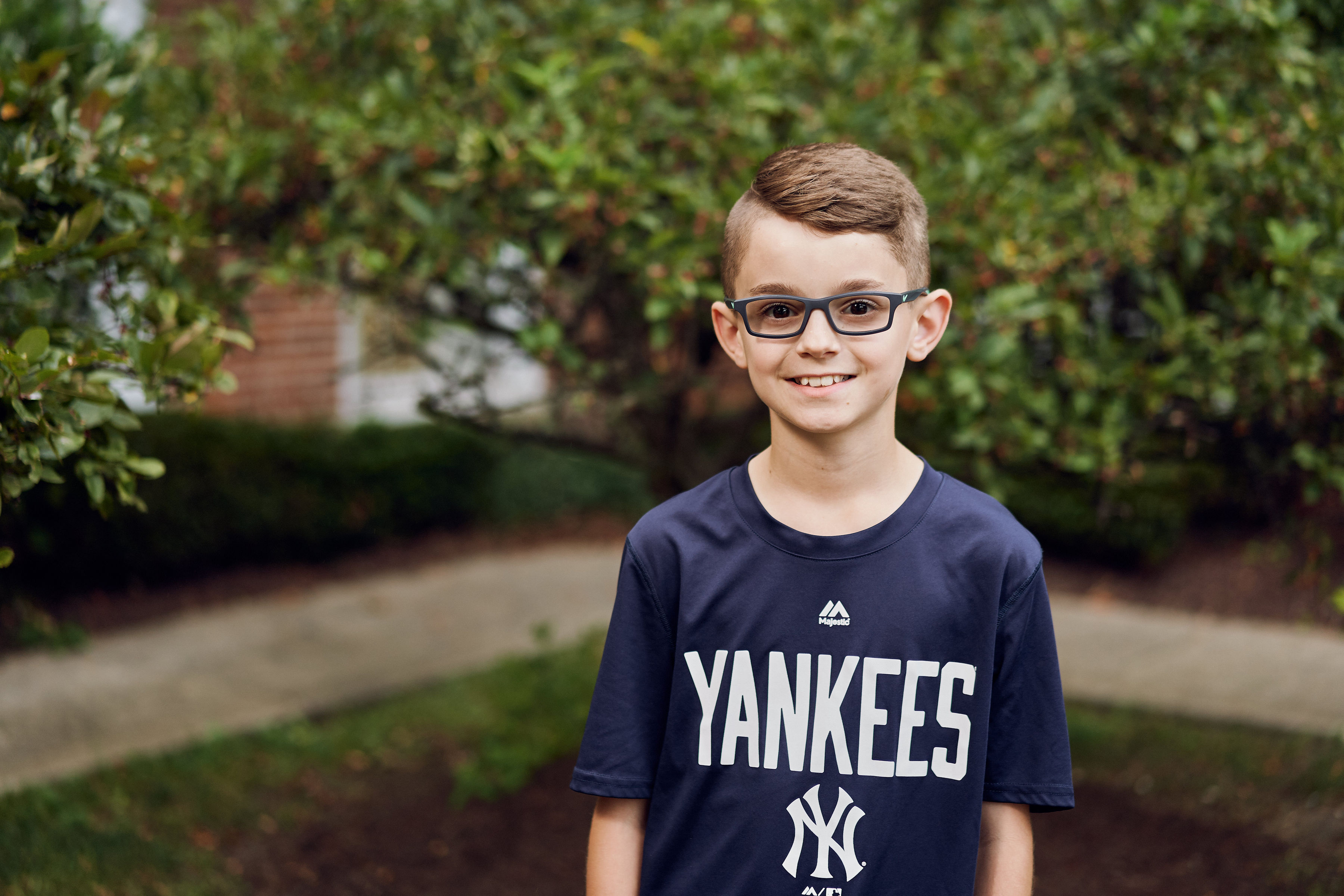 After camp, Joey began to understand why his dad left. The blame he placed on himself began to dissipate.

Joey has a warm smile – the kind that serves as a substitute for conversation. He’s in the tween years – too big for kid stuff, but not quite comfortable on grown-ups’ turf, either. Unless you start talking about sports. Then he’ll chat you up.

But Joey has had to deal with some pretty grown-up issues since he was only 5. Joey’s father has a substance use disorder.

“When I was little, he would take me everywhere with him,” Joey said. “We would go disc golfing together, go to the store together. Then one night, he hurt my mom. Then he just left.”

Now he doesn’t see his dad at all.

As the years passed, Joey struggled with his father’s absence. He didn’t fully understand what had happened or why, and he didn’t have any friends who related to his experience.

Near the end of Joey’s third-grade year, his mom Lesley learned about Camp Mariposa through her work at South Bend Community School Corporation. They both thought it would be a good experience. Joey attended his first camp that fall at the age of 9.

The camp teaches kids about addiction as an illness, as well as their increased risk for addiction and mental health issues. At least once a year, the camp also teaches a special program about the signs of suicide to help youth recognize risk in themselves or their friends. That program was included during Joey’s first camp. It was an emotional but beneficial weekend.

“When he came home, he had so many more questions. Things that were talked about at camp were clicking with him and he had so many more things he wanted to know about,” Lesley said. The camp covered topics that “even as a teacher I didn’t feel like I could have a discussion with Joey about, because I didn’t know if he could really grasp the concept of addiction or I didn’t know how to bring it up and start the conversation.”

After camp, Joey began to understand more about why his dad left. The blame he placed on himself began to dissipate. Joey has now attended nine camps, and he’s starting to open up more with the group.

Being around other kids who have gone through the same thing is an irreplaceable experience, Lesley says: “He’s gone to counseling and sat through counseling sessions. He sees a psychiatrist. But it’s totally different when it’s someone his own age that can share a similar story to what he has lived.”