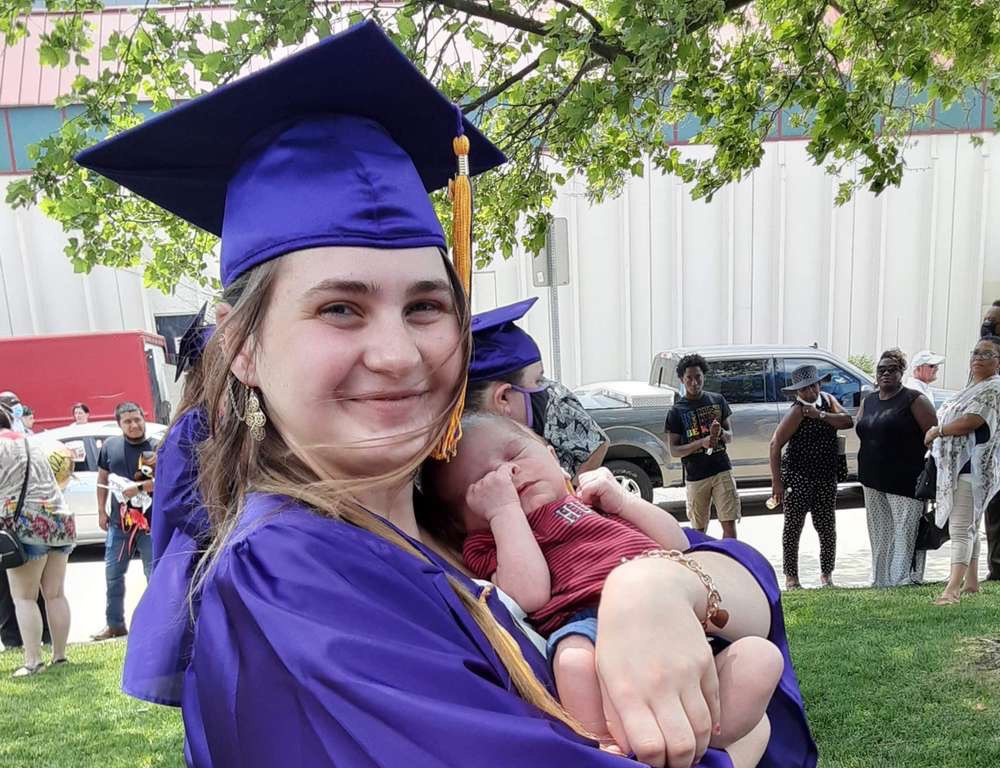 I struggled for a long time before camp. Even at that young age, I blamed myself for my mom’s addiction.

Addiction has always been a part of Ivy’s life. Her home-life involved strangers coming in and out as part of her mother’s substance use. At just eight years old, her mother gave her marijuana and alcohol to try for the very first time. Shortly after, Ivy and her three brothers were placed in foster care.

But there was the glimmer of hope that Ivy held on to through it all, Camp Mariposa by Oaklawn.

“I didn’t get much attention as a kid, and Camp Mariposa was my escape. I was listened to at camp. The mentors and volunteers were so supportive, and I felt like the princess of the camp. I finally found someone who could listen to and understand the problems I was facing,” shared Ivy.

While in foster care over the next two years, Ivy was able to attend camp, learn the basics of addiction, and how she could make better choices for her own life.

“I struggled for a long time before camp. Even at that young age, I blamed myself for my mom’s addiction, and the camp opened me up. It gave me the understanding and language for the Seven C’s – and for me, that meant I didn’t cause this to happen.”

For Ivy and other Camp Mariposa campers, the Seven C’s are the basic tenet to help young minds better understand addiction. They didn’t Cause it, can’t Control it, and can’t Cure it. But they can take Care of themselves, by Communicating their feelings, making good Choices and Celebrating themselves.

“Prevention is key when it comes to substance use treatment, especially for kids whose parents have substance use issues. The combination of genetics, exposure to drugs and alcohol, and the trauma often associated with substance use, put these kids at a much greater risk of having substance use issues. But, within a safe and fun camp atmosphere, we can build a level of connection not found in therapy, and kids can meet other families like theirs. Then we reduce the likelihood of these kids developing their own substance use issues,” shares Kristin Tawadros, Vice President of Child & Adolescent Services at Oaklawn.

Over the next few years, Ivy was in and out of foster care, her mother’s home, and mental health treatment. She could not always attend camp. But at 15, Ivy reached back out and became a junior counselor at Camp Mariposa so she could help other kids who may be in a similar situation to her.

“Even when I couldn’t attend camp, I thought about it,” Ivy shared. “I wanted to be able to help other kids, because I understand the struggle of having people around you, the adults in your life being very toxic and emotionally damaging, and I know other kids in the camp are in foster care, too. So, I felt that I could show them what’s possible and I knew it would help me too.”

For the next year, Ivy attended camp and worked as a junior counselor. Then the camp went virtual during the pandemic and counselors weren’t needed.

Ivy became pregnant, but she graduated high school a year ahead of schedule by taking fourteen classes in one semester. This fall, she will be a freshman at IUSB.

Being a mom has given Ivy a new perspective and a renewed focus to remember what camp taught her years ago: to make good choices and celebrate herself. Ivy and her boyfriend of three years agree on one thing: they want to give their son a great life.

“As a mom, I look at everything I went through and what my mother did, and I remember how I felt. I never want my son to feel that way. I’m trying to give him the childhood I never had, so hopefully he doesn’t need a camp like this.”

“My boyfriend grew up in a two-parent household with no trauma, and he turned out a lot better than me,” Ivy says with a laugh. “We’re partners, and it’s something I never saw growing up.”

Ivy continues to attend therapy and work through the traumas she experienced in her life. Ivy’s son is a year old and she will become an adult mentor at Camp Mariposa this August.

“It’s a full circle moment for me. I’m proud of myself, and I am finally looking forward to the future.”